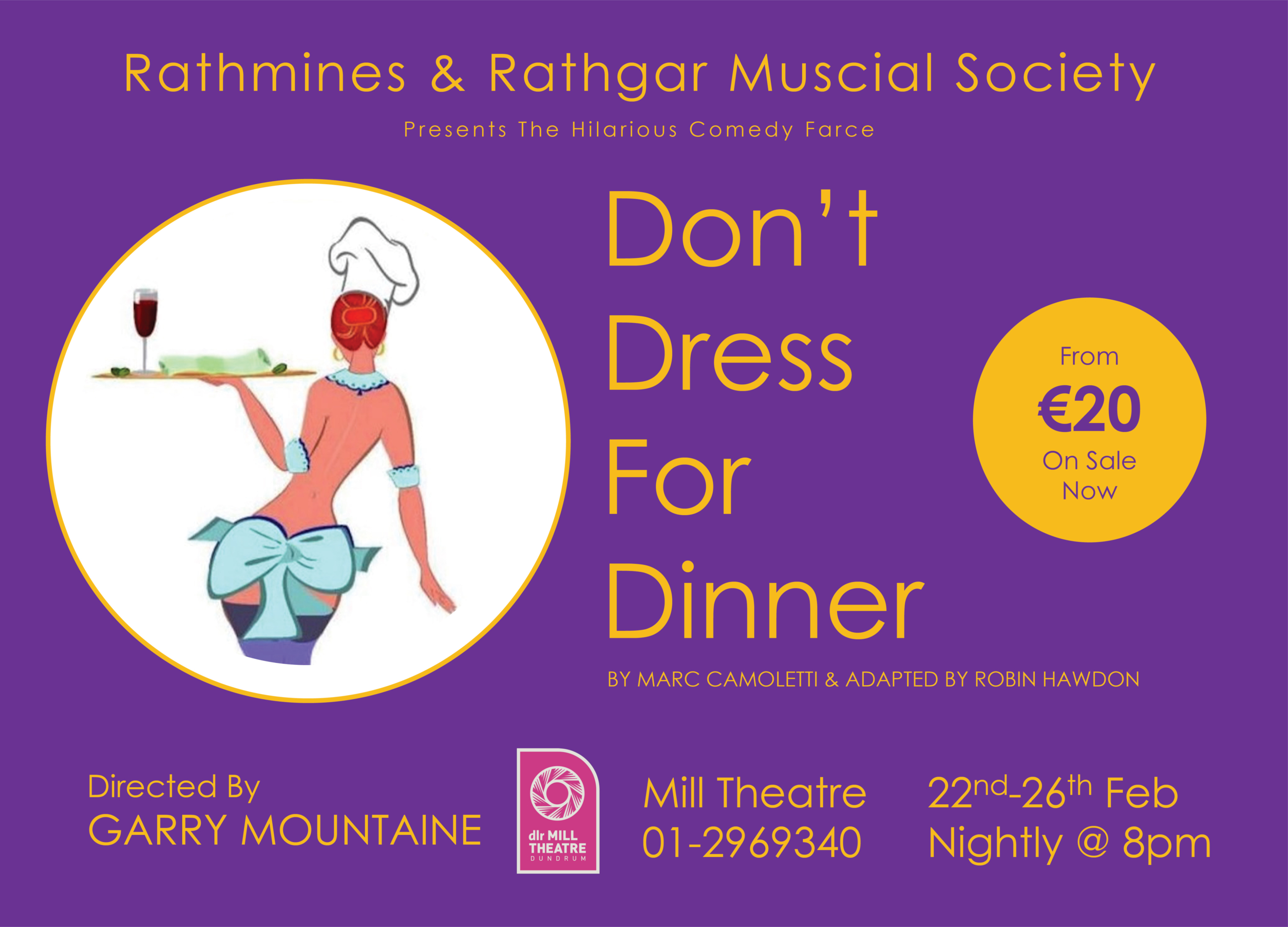 The Rathmines and Rathgar MS return to The Mill Theatre, from February 22nd to 26th , with their hilarious production of Marc Camoletti’s classic ‘Don’t Dress for Dinner’.

Bernard is planning a romantic weekend with his Parisian mistress, while his wife, Jacqueline is away. He has arranged for a cook to prepare gourmet delights and has invited his best friend Robert along as alibi. What could possibly go wrong ? Well…. suppose Robert turns up, not realising why he’s been invited. Suppose Jacqueline and Robert are secret lovers and she’s determined not to leave for the weekend. Suppose the cook ha

s to pretend to be the mistress and the mistress is unable to cook. Suppose everyone’s alibi gets confused with everyone else’s. An evening of hilarious confusion ensues.

We guarantee that this is the tonic you need ! Book now at The Mill Theatre.

ITS HAPPENING ……….
Scroll to top